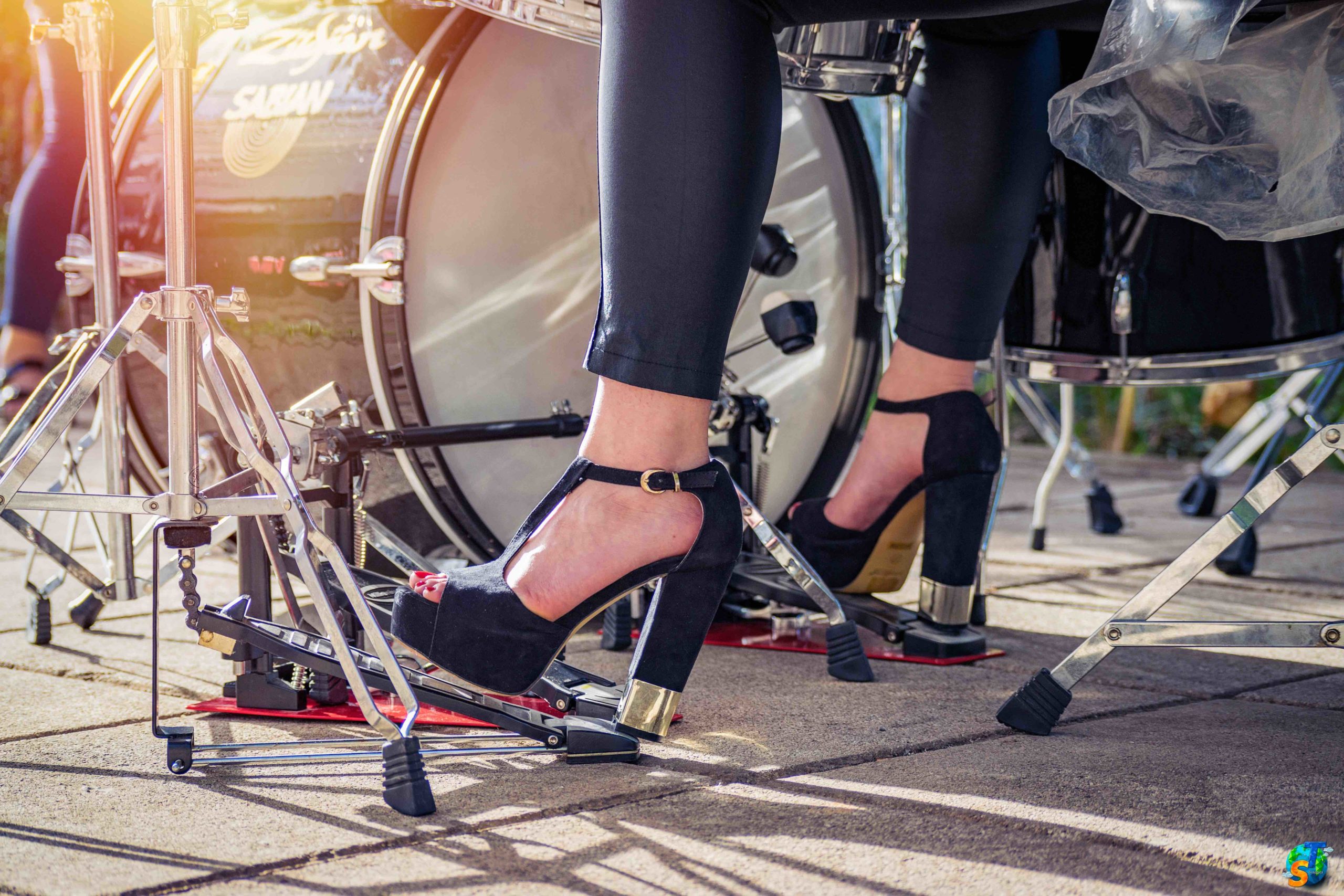 This is Part 4 in a 4-part series about The Four Tendencies.

She’s an exemplary client during sessions. When she shows up, she’s always present, communicative, honest, and invested.

At the end of every session, she feels clarity and excitement to go forth into the world and implement what we’ve been discussing.

But then…she doesn’t always do it…and she hasn’t known why.

I’m a certified coach who’s constantly doing more professional development. I’ve studied and read about all sorts of goal setting practices. This client and I have tried them all in order to help her move forward on her goals. Nothing has consistently worked.

Then, last fall, I listened to a podcast with Gretchen Rubin on Jonathan Fields’ “Good Life Project.”

In hearing them talk about the Rebel Tendency, I had a feeling there might be something in it that was key for this client. 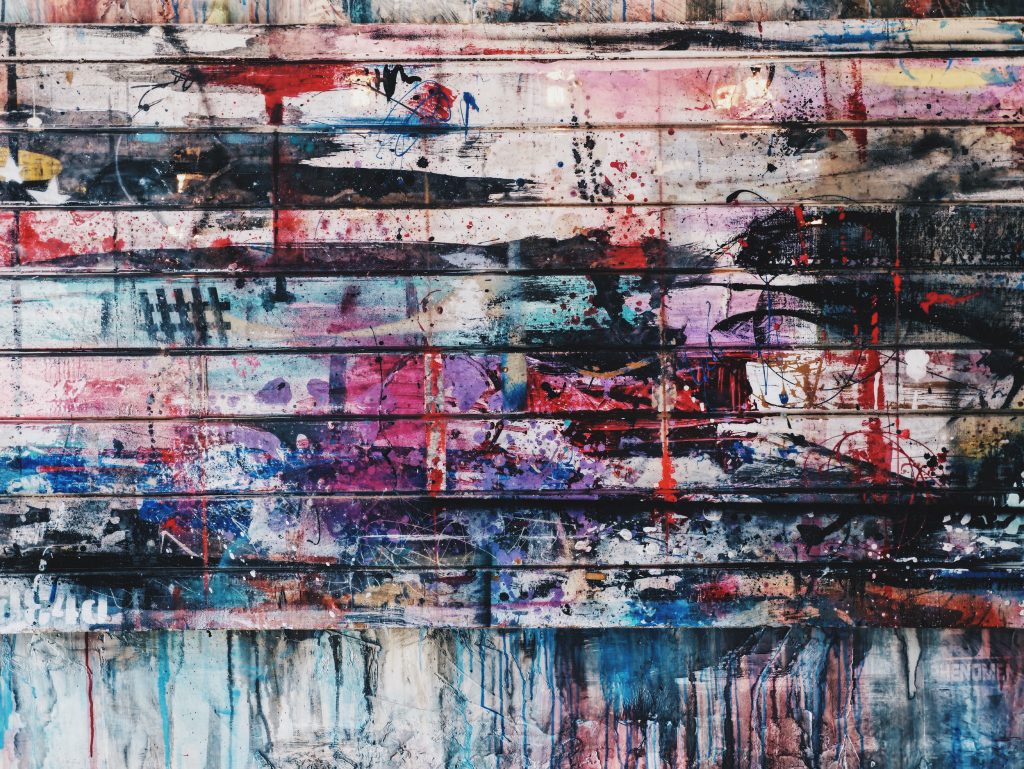 A Rebel doesn’t respond to internal or external expectations.

In terms of members, this is the smallest Tendency. (Obligers is the largest group, followed by Questioners, Upholders, and then Rebels.)

After listening to the podcast, I asked my client what she would think about us both reading The Four Tendencies between sessions? She was up for it and we did.

“Guess what I got? 🙂 I’ve read the first chapter, taken the quiz, and have skipped to the Rebel section to read about it (in hindsight, how rebellious of me).”

Twenty minutes later, I got another email from her. 🙂

She copied a list of arguments frequently used with Rebels, and then wrote out what she would think in response to each of them…. 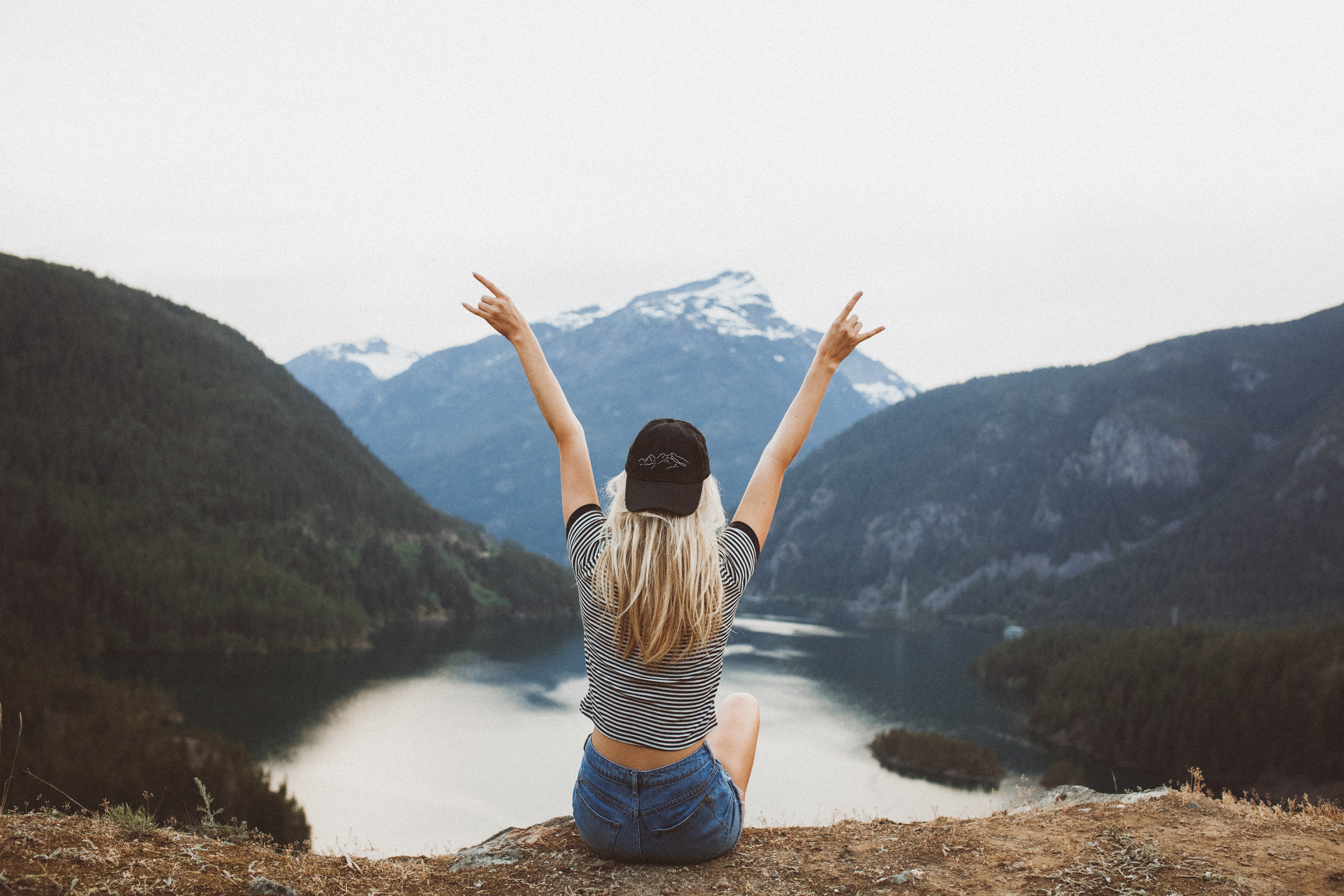 I asked this same Rebel client to share some examples of her rebelliousness for this segment of the series.

She came up with some fabulous examples of scenarios which have frustrated and mystified her, but which suddenly make sense in the context of a Rebel.

1 – “I built 3 large cedar vegetable beds in my backyard, ordered over 100 different kinds of heirloom seeds, bought an indoor shelving unit with grow lights, grew dozens of containers of seedlings…but never actually moved them out into the beds.

If I had planted those seedlings, I would have been forced to care for those plants for the rest of their season. Plants are finicky – they require consistent watering, a schedule. I proved that I could grow you, but you can’t make me take care of you.

2 – I came up with an awesome idea for an online business. I created a plan, bought expensive vlogging camera equipment, purchased a domain name, set up social media accounts, and loaded three videos I’d shot and edited. All within a week! I got great feedback from everyone, bought more supplies…and I haven’t touched the site in over a year now.

Building an idea, engaging my social groups and ‘campaigning’ to build positive feedback, and proving how quickly I could get all of it together and out there. Aren’t I impressive? Bet you don’t know anyone else who could do it this fast! Until I hit the first few hurdles… When I felt like I needed outside help, I felt backed into a corner with no options that I could execute well myself. Easier to abandon the idea than face not being as self-sustaining as I thought.“

Those are SUCH great examples of how a Rebel thinks. 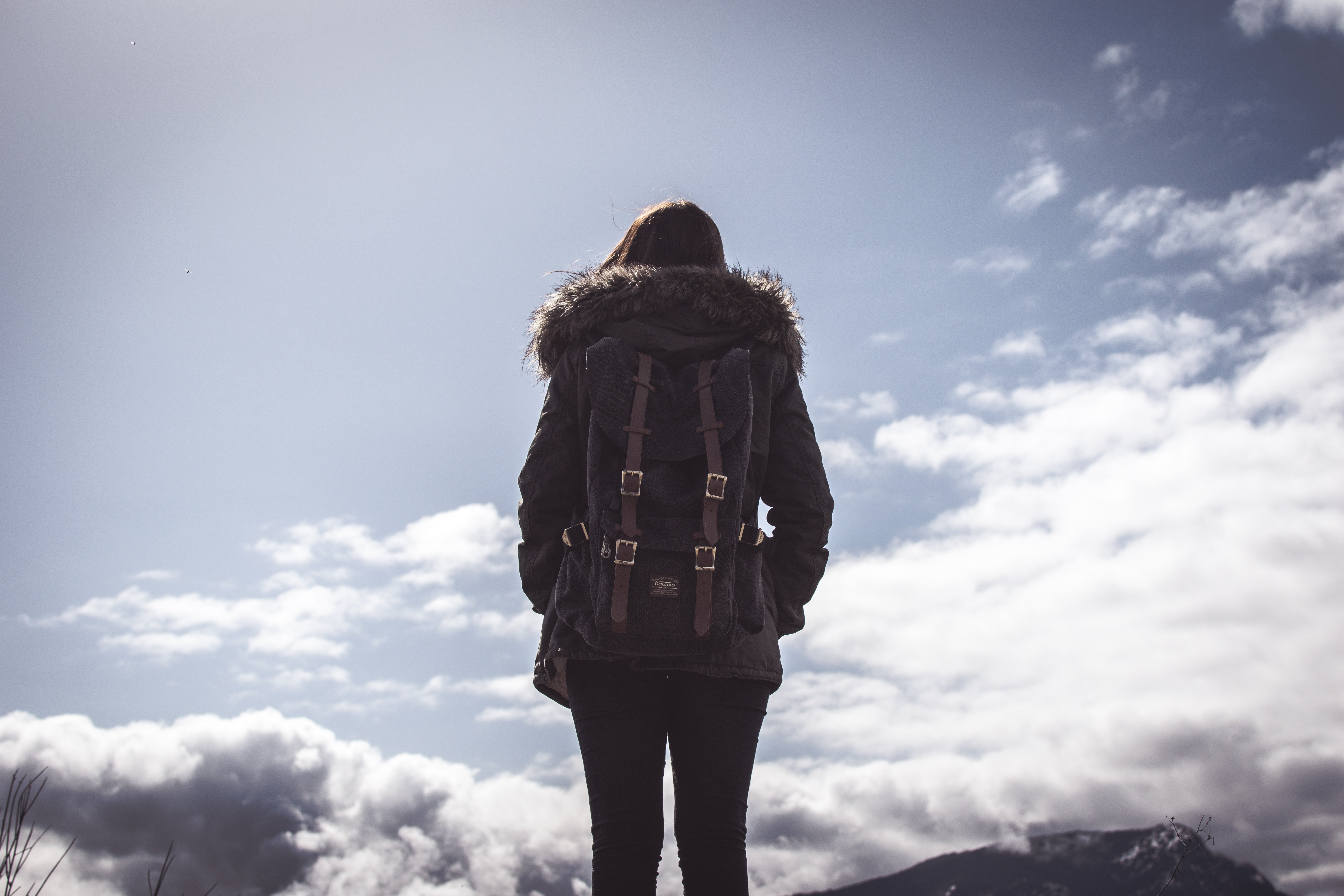 Rubin explains, “For Rebels, the ability to choose is so important that sometimes they make a choice – even when it’s against their self-interest or it’s not what they prefer – just to reassure themselves that they can make a choice.”

She emphasizes, “When dealing with Rebels, it’s crucial to accept that Rebel-hood is a deep part of their nature; it’s not a stage, it’s not something that they will outgrow.”

How to Talk to a Rebel:

This strategy may particularly help a Rebel with external expectations.

My client emailed me an awesome example of this: He “texted me several days in a row, asking when I thought I was going to fly home from Florida. I didn’t respond. I hadn’t decided yet and didn’t want to be tied down. Then, he texted me, ‘I’m happy to pick you up from the airport, but if you don’t give me enough notice, I won’t be able to get off from work, and you will have to take an Uber. So let me know.’ I felt resistant to responding before, but as soon as he phrased it like that, I felt relieved, and free to respond.”

Then, if a Rebel still resists meeting expectations, let them deal with the consequences.

If my Rebel client doesn’t reply to that text in time, let her take a Lyft.

If a Rebel doesn’t pay a bill or study for finals, let them figure it out.

Rebel/Questioners think, “I do whatever I choose.”

Rebel/Obligers think “I refuse to do what anyone tells me to do.”

Rebel/Obligers can start to feel antsy when others get excited for them, even if they’re doing exactly what they want to be doing. Don’t high-five them for getting to work on time. They may never be there at 9 again.

In order to honor (internal and external) expectations that they want to honor, it may be helpful for Rebels to look at them in certain ways….

1) Some Rebels can do whatever they want out of love. Rubin says, “If something is important to someone they love, they may choose to meet an expectation, to show love. But it’s a choice.”

2) Some Rebels can do whatever they want out of a sense of personal values, mission, and/or purpose. Rubin quotes a Rebel, “A Rebel on a mission is a force of nature, a superstar. No need for checklists, for routines, rules, or habits to get things done. The need to find a cause, something to truly believe in and fight for, is vital. …if Rebels find the cause, then that’s their master.”

3) Rubin writes, “Rebels can meet expectations when those expectations allow them to express their identity – to act like the kind of person they want to be. …To meet financial goals, a Rebel could focus on his identity as a person who makes smart choices that give him long-term freedom.”

Rubin quotes a wanna-be writer, “I tell myself that I want to be the kind of person who writes every day. I imagine forming a writing life by getting up and writing, how it will feel…, and then I do it.”

My Rebel client particularly resonates with #3. She says, “70% of the things I struggle with can be relieved when I align them with who I perceive myself to be.”

​Rebels may resist what they’re asked to do, even in their closest relationships.

If you’re in a relationship with a Rebel, how can you try to communicate without asking or demanding?

As Rubin points out, “The key thing for Rebels to remember: they can do whatever they want to do.” 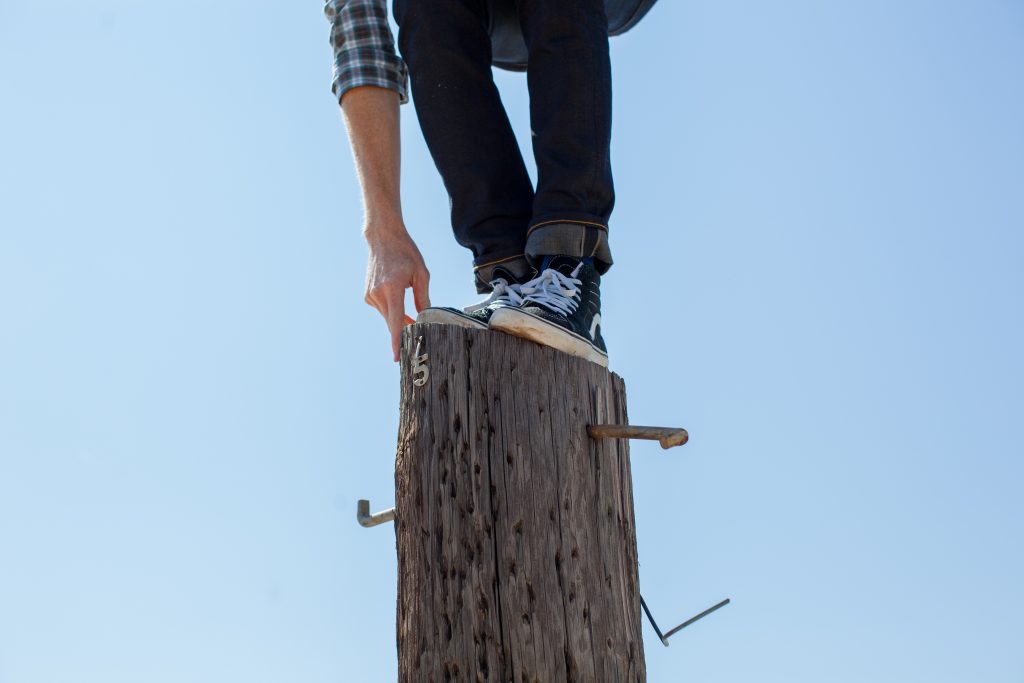 ​​​Rebels have a lot to offer the world, including “their willingness to break with convention, their ability to think outside the box, their connection to their authentic interests, and desires…”

Rubin quotes a Questioner saying, “The Rebel’s best asset is their voice of dissent. We shouldn’t try to school it out of them, or corporate culture it out, or shame it out. It’s there to protect us all.”

Rebels can help Obligers from hitting Obliger-Rebellion, suddenly refusing to live up to an external expectation one more time. While it can be the hardest things for Obligers, Rebels can be exemplary at saying, “no.” Rubin quotes that permission to say no “may act as a relief valve to the pressure of expectations that Obligers feel.”

Gretchen Rubin herself is an Upholder. “I’ve learned a tremendous amount from studying my ‘opposite’…. Rebels have shown me that we’re more free than we think. If I refused to get up before 10:00 each morning, my family and my colleagues would adjust. If I decided I’d wear yoga pants and running shoes every day for the rest of my life, I could get away with that. We’re more free than we think.” 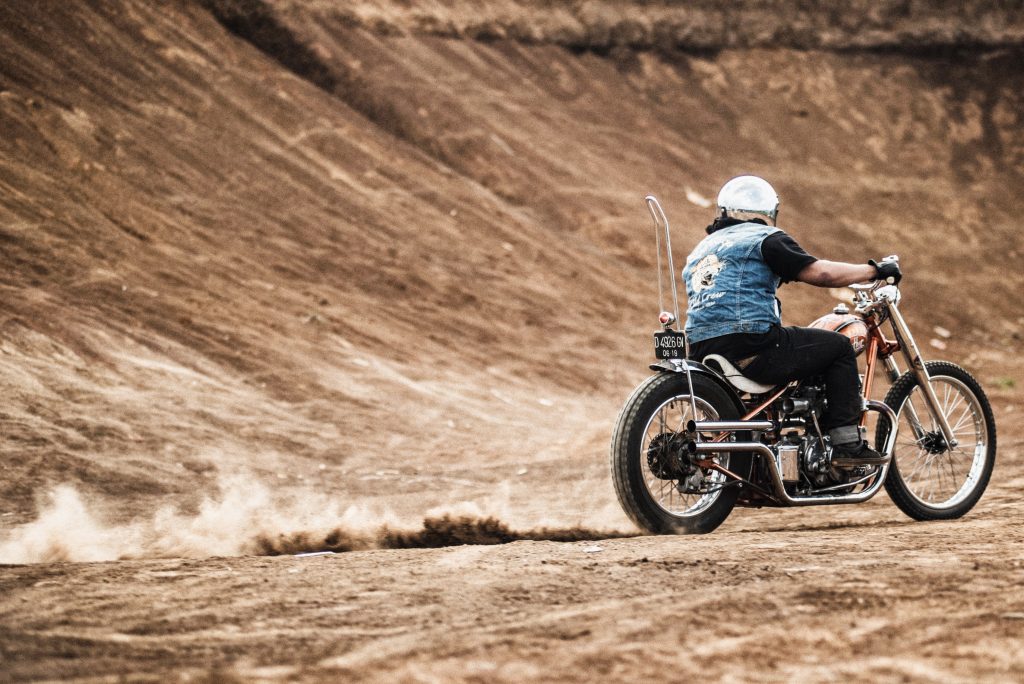 …and those are the four Tendencies, according to Gretchen Rubin.

**Please hit “REPLY” and let me know which Tendency you are.** Also, how has this series been helpful? What do you see differently now? I would really love to know. 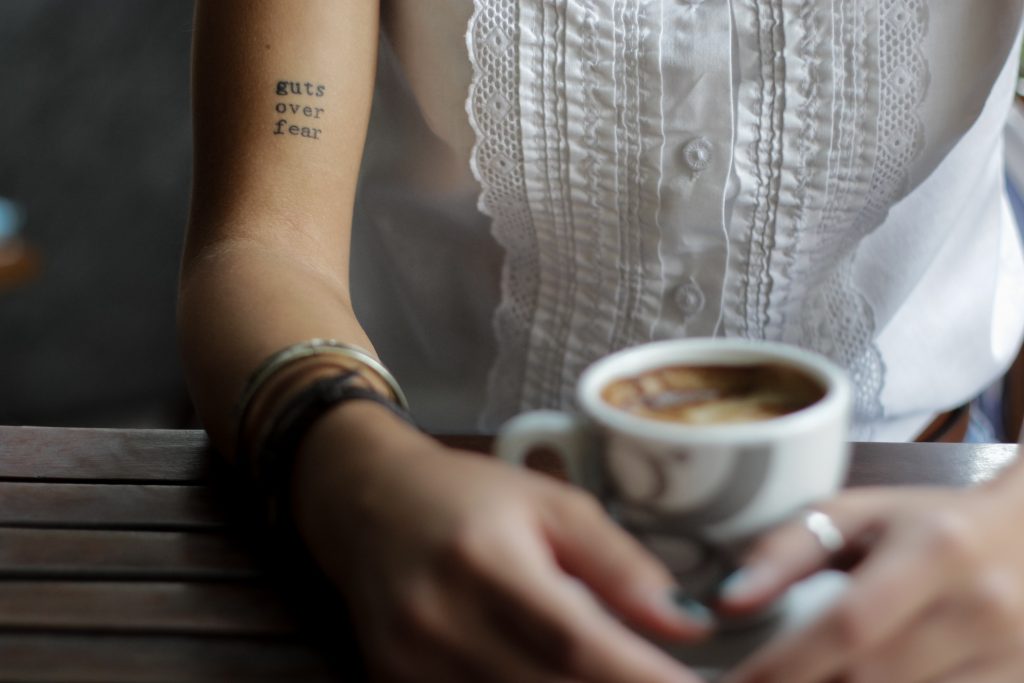 Want to revisit the other three Tendencies?

Never miss a post. Get it delivered straight to your inbox. “Subscribe” at the top of the main blog page.